What’s I’m a Scientist about?

We’ve been running I’m a Scientist in the UK since 2008 and in that time we’ve had a fair few Irish scientists take part, and a handful of Irish schools. But that’s not enough. We want to involve lots more.

So this November we’re running an I’m a Scientist event as part of the Dublin City of Science 2012. I’m a Scientist, Get me out of here! will be one of the 160 events that “showcase the best of Irish culture, arts and science”. 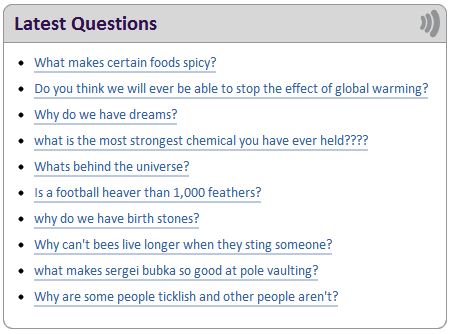 Examples of questions asked before in I'm a Scientist

What can I’m a Scientist offer? It gets students and scientists talking, simple as that. It runs online over 2 weeks from 12th-23rd November, tying in with Science Week Ireland. Students ASK scientists questions about science and beyond, have live CHATs with them and VOTE for their favourite scientist to win €500 to spend on science communication.

Students become more enthused about science, see how what they learn in science lessons relates to real life and see that scientists are normal people. It’s completely free for schools to take part.

Scientists develop their communication skills, get quick and iterative feedback, can take part from their lab or office, and have fun!

Posted on August 29, 2012 by iasieadmin in News. Leave a comment