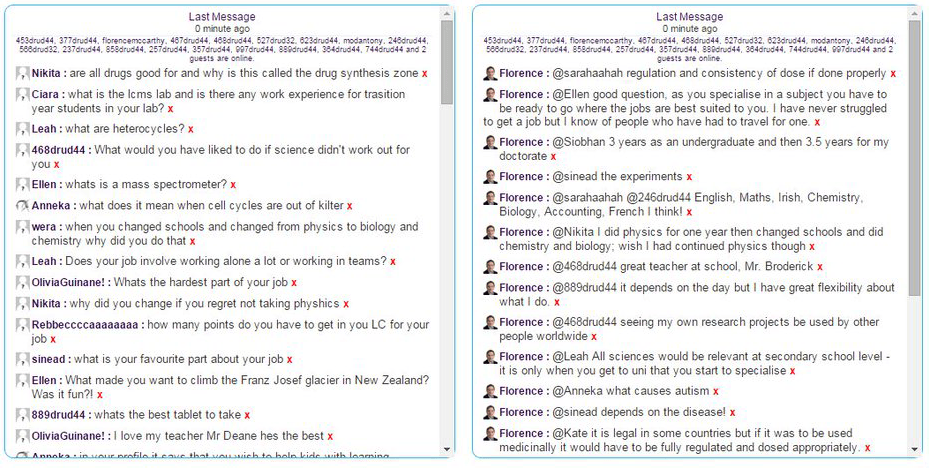 Cell cycles galore! The students make the most of their chance to talk with Florence in the Drug Synthesis zone live chat

The scientists and students of this year’s I’m a Scientist Ireland have had a busy first week. They’ve covered topics like the future of food in Food Science Zone, the stereotypes of a mad scientist in Nitrogen Zone, and the lowest ever marks scientists got in exams in Nanoscience Zone (see, they are human!)

The stats across the four zones from the last eight days back up the sterling efforts from everyone taking part: 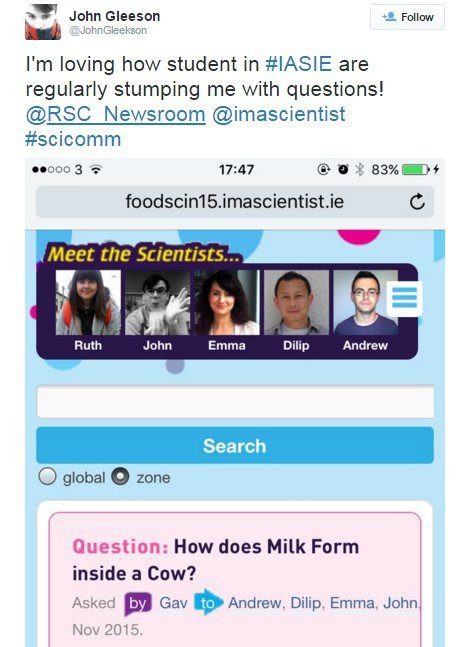 Want to be involved next year? Then you must first play our custom built registration game below. The rules are simple: click the button that would be most helpful to you. 3, 2, 1….GO!

Back to this year’s event, there’s plenty more action to come as we get stuck into Eviction Week. Each day at 3pm the scientist with the least votes from students will find themselves evicted, and out of the running for the €500 prize money. Keep your eyes pointed at the I’m a Scientist staffroom and the hashtag #IASIE on the @imascientist Twitter for the results this week!