I’m a Scientist, Get me out of here will run for two weeks from Monday 6th to Friday 17th November during Science Week 2017.

This November we’re looking for 20 scientists to take part in three themed zones and a general science zone suitable for any kind of person working in science.

Read about the zones below, or jump straight to the application form: 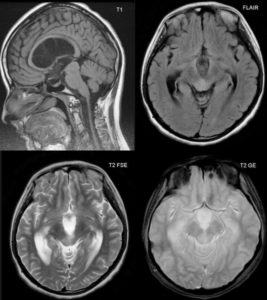 Beyond X-Rays, scientists use Magnetic Resonance Imaging to see through the skull and into the brain | Image: Dr Frank Galliard

As the old joke doesn’t go ‘Doctor Doctor, I feel like a pair of curtains!’ ‘That sounds serious, I hope a scientist has developed a test so we can work out what’s wrong!’ Scientists play a big part in how we work out when there’s something medically wrong with us and keeping us healthy. Modern hospitals are filled with cutting-edge technology developed by scientists and used for testing and diagnosis. In this zone there could be researchers looking at people’s brains in order to diagnose diseases earlier, scientists 3D printing new devices that analyse microbes, people finding new ways to check the health of animals and livestock, and scientists who work in hospitals imaging cancer tumours with radioactive molecules.

The Diagnosis Zone is supported by Wellcome

We make use of energy every day without even thinking about it; flicking the lights on, listening to music, and using a computer. Most electricity is generated by burning fossil fuels to release their energy. Unfortunately this releases lots of carbon dioxide into our atmosphere — not good for climate change. Fossil fuels are also non-renewable which means one day they will run out. Imagine if that meant no more electricity… no lights, no computer games, and certainly no mobile phones! Thankfully, there are lots of renewable sources of energy that won’t run out and are much better for the environment, including solar, water or wind. Scientists in this zone might be researching future energy sources, or be working out how best to get the energy we have around the country, or be studying the impact of different fuels on the environment.

The Energy Zone is funded by Science Foundation Ireland 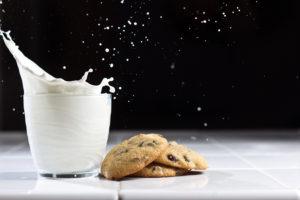 Want to learn more about milk and cookies? | Image: Wikimedia

Every wondered why some foods taste so good? Why don’t the bubbles in an Aero float out of the chocolate, how do you get a runny yolk in a Creme Egg and what chemistry is happening in caramelisation? Why is it safe to eat bacteria in cheese and yogurt but not bacteria in meat? Food scientists do lots of things: some develop new food products; some test food to make sure it is safe; others work with the public to work out how food is perceived by our senses: how it looks; tastes; smells and feels and even the effect on our brain. Some food scientists look at the structure of food and how the chemical and physical nature of food can influence our health. Some food scientists look at how we make food more nutritious and how we can add value to the food chain.

The Food Zone is supported by Wellcome

The Fluorine Zone is a general science zone and will feature scientists from a range of different areas. We welcome any type of scientist to apply for these zones; the more diverse the better.

The Fluorine Zone is funded by Science Foundation Ireland

Apply here. Take a look at this page for our advice on your application!

Apply by Monday 2nd October. We’ll send an email out soon after you sign up asking which zones and how many classes you would like to bring online.

This November, we are also running a brand new project –  25 Genomes. Click here for more information.