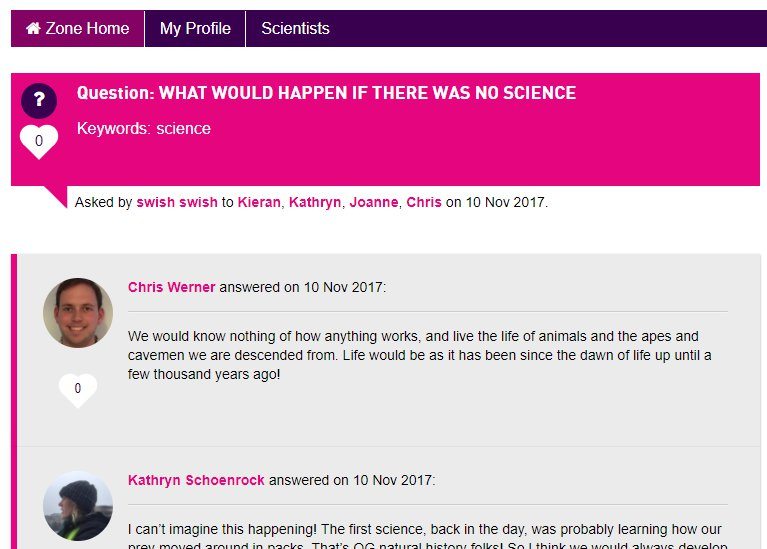 Over the last week, students and scientists have been engaging online in this year’s I’m a Scientist, Get me out of here. Together they’ve talked about everything from how science can be changed for the better, creating super-plants to generate energy, the health merits of various types of chocolate, doing sustainable science,  and most important of all, introducing scientists to Zoella.

There are four zones in the event this November: Diagnosis Zone and Food Zone supported by Wellcome Trust, and Energy Zone and Fluorine Zone (a general science zone), both supported by Science Foundation Ireland. See all the scientists and schools taking part in the event here.

In total, after the first seven days, there’s been: 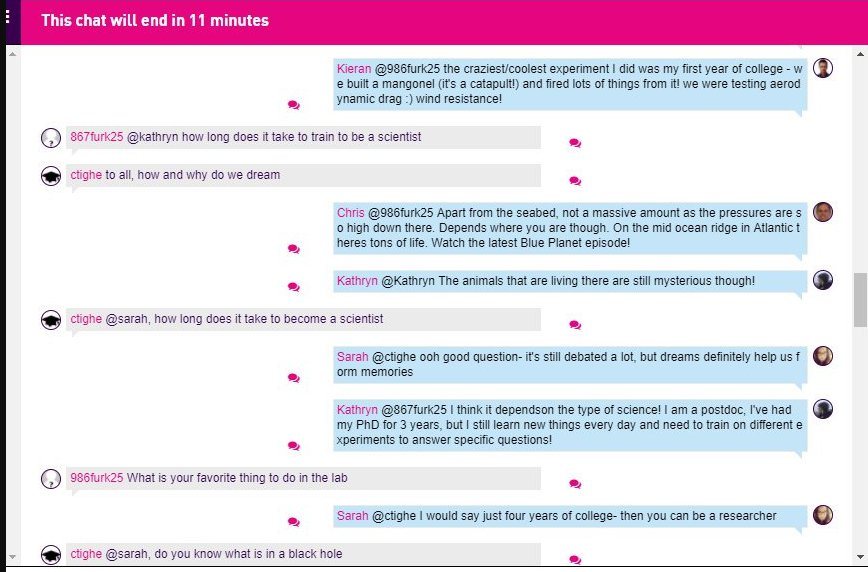 Primary school students chat to the scientists in Fluorine Zone. Watch any of the chats live using the list on this page.

There’s still much more to come during Science Week. From 3pm on Tuesday the pressure starts to mount as the first scientist is evicted from each zone, with another following each day after. Who will survive to stay in the running for the €500 prize? Find out before anyone else from the announcement in the staffroom each day and see who wins on Friday 17th November. Best of luck to all the scientists!

Posted on November 13, 2017 by in News. Comments Off on What’s been happening in I’m a Scientist Ireland this November