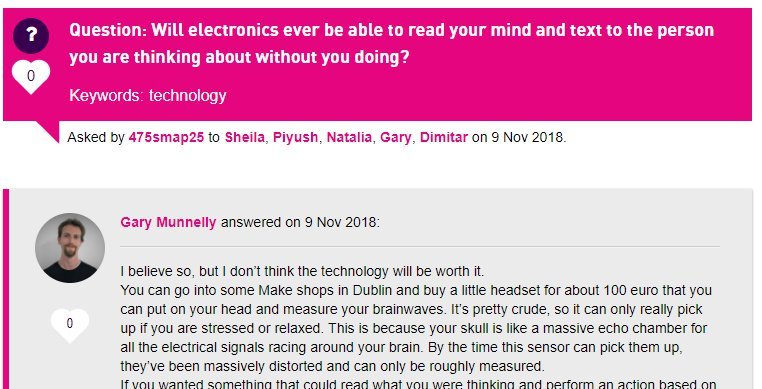 Over the last week, students and scientists have been engaging online in I’m a Scientist, Get me out of here Ireland. Together they’ve talked about everything from developing telepathy through technology,  to arthritis can be passed down through genes, to the pressures of being a scientist, and whether anything has ever held their science dreams back.

In total, in the first week there’s been:

Can you be TOO science?

If all this has got you wanting a piece of the action, then apply for next year’s I’m a Scientist. Or, if you’ve taken part already, tell your colleagues to sign up!

This November, there’s still much more to come for Science Week. From 3pm on Tuesday the pressure starts to mount as the first scientist is evicted from each zone, with another following each day after. Who will survive to stay in the running for the €500 prize? Find out before anyone else from the announcement in the staffroom each day until the winners are announced this Friday 16th November. Best of luck to all the scientists!